Jean-Paul Autard carries on the tradition established by his father Paul when he founded their family’s domaine in the village of Courthezon in the early 1970s. Today, Autard cultivates 26 hectares of vines, of which 12 are in Chateauneuf du Pape and 14 in Cotes du Rhone. He feels privileged to have inherited a Domaine in which the plantings of different grape varieties are perfectly adapted to the various soil types — ranging from galets roulés, limestone pebbles and clay, and sandy-clay — in the Domaine’s various parcels. He aims to get the most out of each variety by vinifying separately and then blending judiciously. The grapes are destalked and fermentation takes place in stainless steel tanks with only the native yeasts present on the grape’s skins. After the malolactic fermentation, the wines are transferred to barriques for aging, about one third of which are new for the “normale” cuvée and 100% new for the Cuvée La Cote Ronde and Juline. Since 2004, Jean-Paul has been working in his new state-of-the-art winery, which allows him greatly enhanced control over all phases of winemaking, and a concomitant increase in quality. His unique style, fusing elegance, balance and generously expressive Chateauneuf-du-Pape flavor, has won his wines an international following.

Jean Paul Autard’s vineyard practice aims to achieve a perfect balance between and soil and the vine. He is guided by the practice known as culture raisonnée. Autard does not need to green harvest because his vines average over 50 years of age (they are between 40-96 years old). The vines’ age, together with the limited use of only organic fertilizer, naturally ensures low yields and concentrated, balanced fruit. No pesticides or chemical anti-rot products or fertilizers are used. The health of the vineyard is ensured by meticulous work by hand, such as the removal in May and June of unessential shoots and leaves that would block the proper aeration of the vines. Jean-Paul is able to eliminate the possibility of problems such as rot and mildew by not allowing humidity to remain on the grapes and leaves. 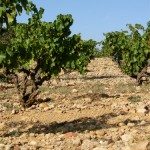 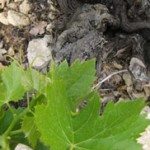