Jean-Pierre and his son Samuel Baron own 20 hectare families Domaine in the village of Thesée, about a 30 minute drive east of Tours, on the right-bank of the Cher River. Beginning in 1946, Jean-Pierre’s father was among the first to plant Sauvignon Blanc grapes in this region which is now recognized as Appellation Touraine Controlée. Jean-Pierre Baron decided to leave the local co-op and begin estate bottling with the 1998 vintage and a new Loire star was born. In recent years, he has handed the vineyard and winemaking duties to his son, Samuel. Beginning with the 2010 growing season, Samuel initiated the transition of his estate to organic farming, or “Agriculture Biologique.” The Domaine will attain its certification in two years.

The Barons prune severely in the fall to limit yields to a very low under-40 hectolitres per hectare and ensure healthier, riper fruit. Organic, composted fertilizer is used only when necessary. The Barons strive to prevent vine diseases and parasites before they become problematic. The topsoil is lightly tilled so as to remove weeds without disturbing the sub-soil, thereby encouraging the vine’s roots to go further down into the ground. The deeper the root, the more the wine is consistent from vintage to vintage, because the vines are less affected by temperature variations in the top soil. Baron’s Sauvignon Blanc vineyard is situated on a south-east-facing slope with a clay-limestone-silex soil. The vines average 35 years old. Because his fruit is of such high quality, the Barons can pick on the early side and avoid over-ripeness and the loss of any acidity and freshness. The grapes are gently pressed and lightly clarified (debourbage).

Fermentation takes place in tanks at controlled, low temperatures and the wine is left on its lees over the winter before racking and bottling in March. Baron’s Sauvignon Les Vieilles Vignes has excellent concentration and body, with an enticing lime-citrus and stone fruit bouquet and a long finish. Baron’s Sauvignon is a ripe, complex wine with pure Loire terroir character. It is the equal of many basic Sancerres in the market, and is a far better value.

The Barons also cultivate one hectare of 35 year-old Côt (the local name for Malbec) vines planted on a south-facing gentle slope with a well drained, limestone-clay soil. This vineyard was planted to Côt before phyloxera. It was later replanted with other varieties and then re-converted to Cot by Jean-Pierre Baron in an effort to revive the cultivation of Malbec that was very common in the Touraine region in times past. The vines are all selection massale plants (and not clones) selected from a nearby 50 year old, ideal Côt vineyard. Baron farms organically and sustainably. Grass is planted between the rows and plowed under below the vines. Baron harvests at full maturity in early October. The grapes are all de-stemmed and given an 8-day maceration period at 20 degrees C. Baron carries out only one pumping over operation (remontage) every two days to attain sufficient extraction without over concentrating the wine. He racks the wine early so that the alcoholic fermentation finishes without the presence of solids that would otherwise impart an astringent element to the wine. Baron adds less than 20% of press-wine to the final blend since the “jus de goutte” already has excellent color and richness. Aging continues in large tanks and Baron bottles his Cot in early July so as to preserve the primary fruit and aromas. The wine is aged another 6 months in bottle before release. Baron’s Cot is a deeply saturated, dark purple wine with juicy and spicy black cherry and kirsch flavors and characteristic Loire freshness and succulence. 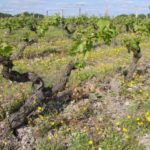 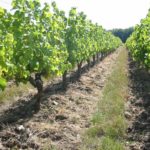 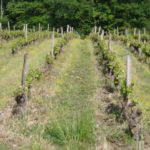 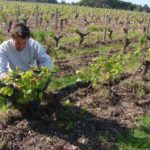 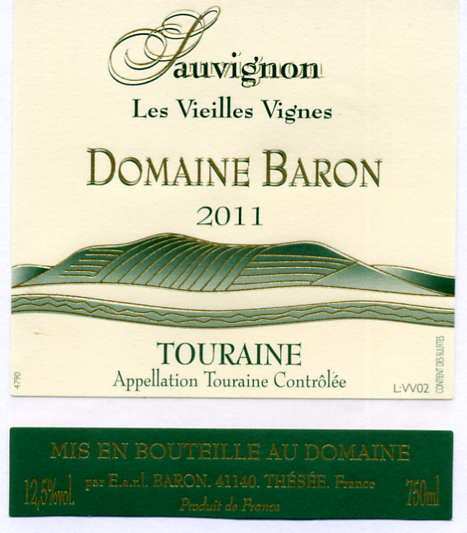