Jean-Maurice Raffault and Rodolphe Raffault’s family began cultivating vines in Chinon 14 generations ago, when their ancestor, Mathurin Bottreau, bought his first parcel of vines in 1693. The Chinon appellation covers both banks of the Vienne River, which is a tributary of the Loire. The appellation encompasses 19 communes and has a total area of 2400 hectares. Its soils and climate are perfectly suited to the cultivation of the Cabernet Franc grape.

The late Jean-Maurice Raffault, father of the present manager and winemaker Rodolphe, was one the great personalities of Chinon. Upon taking over the family Domaine in 1973, Jean-Maurice revolutionized local practices and put new practices in place that were widely emulated in the region. First, he abandoned polyculture in favor of the cultivation of only wine grapes. Beginning with only the 4.5 hectares he had inherited from his father, Maurice, Jean-Maurice purchased and planted some of the finest known sites of Chinon, expanding the Domaine to 50 hectares. But most importantly, he began to vinify each parcel separately to ensure the typicity of each Terroir. To reinforce this initiative, and to highlight the unique character of each wine as a result of the soil type and microclimate of its origin, Jean-Maurice began to use the name of the individual sites for the respective wines. No one has done this before in Chinon! The practice of naming Chinons with site names is now commonplace in the appellation, and it began with Jean-Maurice Raffault’s innovation.

Rodolphe Raffault succeeded his father as winemaker and manager in 1997, after completing his studies at the Dijon University School of oenology. Today he vinifies and ages each wine separately. The maceration period ranges from 15 to 28 days. Rodolphe continues the tradition of aging the Chinons in neutral oak casks that are more than 10 years old. Their impressive cellar houses 900 barrels and is the largest in the region. Maturation takes place over 18 months in three huge caves cut into the limestone cliffs, protected from light and remaining at a constant temperature of 56 degrees and 85% humidity. Racking is done from barrel to barrel, in the traditional method, which helps to clarify the wines along with a later fining with egg whites. The wines are not filtered.

Today, Domaine Jean-Maurice Raffault owns 50 hectares of vines in 7 communes. The Cabernet Franc vines average 35 years of age and 10 hectares within these sites are 50 years of age. The Chenin Blanc vines average 20 years of age. The Domaine practices sustainable viticulture, known as Lutte raisonnée in France. The soils are either plowed or planted with grass. No chemical fertilizers or herbicides are used. Drawing on his experience in Burgundy, Rodolphe initiated the practice of carrying out the wine’s malolactic fermentation in 100% new barriques for his top cuvees. This practice, rare in Chinon, results in dramatically expressive and pure wines.

Raffault’s Chinon’s are wonderfully expressive wines that go harmonize with a wide variety of classic French dishes, while their natural fruity acidities make them fine matches for Asiatic cuisine, grilled fish, and spicy American foods. For wines of such depth and complexity, they also represent remarkable value.

This rare wine, made from Chenin Blanc grapes, represents only 2% of the total Chinon production. The grapes are planted mostly in the commune of Ligre, on chalky, limestone clay soils. J-M Raffault’s Chinon Blanc is fermented at low temperatures with only native yeasts. It is a white wine of true finesse, at once rich and very fresh with notes of citrus, honey and white fruits.

J-M Raffault’s Chinon Rosé is considered the finest of the Loire Valley. It is made from Cabernet Franc grapes planted on alluvial sand and gravel soils on the former Loire river bed. Raffault picks the fruit dedicated to the Rosé at the start of his harvest period, when it typically has attained one degree less in sugar than that of the Chinon Les Galuches, which is picked next. All the fruit is selected on a sorting table before entering the press by gravity, and is never pumped. To enhance the quality of the Rosé, Rodolphe Raffault uses only pressed juice that is selected and vinified parcel by parcel. To ensure that the juice is as pure as possible, Raffault uses minimal pressure and fanatically avoids any possibility of oxygenation. And he uses only the juice obtained at the middle stage of the pressing, eliminating the first and last parts because they are not as pure. One day after the pressing, Raffault thoroughly clarifies the must (débourbage) to remove any solids that might diminish the wine’s aromatics and taste. Raffault ferments the Chinon Rosé at low, controlled temperatures (15-17 C) using only the grapes’ native yeast until it is fully dry. The constant, cool temperature maintains the wine’s natural CO2 level, one of the keys to the Rosé’s vivacity. The low temperature also prevents any malolactic fermentation as the Chinon Rosé develops on its fine lees in tank for 5 months. Before bottling in late February, the wine is racked to diminish the level of CO2 and is then lightly filtered to ensure clarity. The J-M Raffault Chinon Rosé has a brilliant, pomegranate-red color, bright red-berry and red-citrus fruit, and a long, fresh and succulent finish.

The fruit for Domaine Jean-Maurice Raffault’s Chinon Rouge comes from vineyards on sandy, alluvial soil near the Vienne River. This origin gives a supple, fruity Chinon that is perfect for early drinking. The wine’s bright cherry and raspberry flavors are best appreciated with a slight chill.

The Galuches lieu-dit is an ancient river bed of the Loire. The name of parcel derives from the presence of gravel. According the records from the era, vines were already well established in this sector by the 1830s. The Cabernet Franc ripens very well in the Domaine’s 10 hectare holding on a sand and gravel soil. The Galuches is always among the first site to be picked because the soil warms up quickly and drains very well. The wine is very aromatic and is noted for its bouquet of violets, followed by lush and supple dark berry/cherry fruit.

This parcel is situated in the enclosed vineyard of the Chateau d’Isore, completed in the 17th century. The ancient cellar of the Chateau is located beneath the vines. The 3 hectare vineyard was fully planted in 1938 with a selection massale, which is largely intact to this day. The soil is a mix of clay and limestone and the exposition of the sloping vineyard is north-west. The Clos d’Isore is aged for 18 months in 1 to 5 year old barriques on its fine lees and malolactic fermentation takes place in cask. It is a wine for long aging, and the taster will appreciate the wine’s complex cassis and dark cherry qualities after at least 3 years in the cellar.

In early 2008, the Clos de L’Hospice, one of Chinon’s greatest sites, was replanted by Rodolphe Raffaut of Domaine Jean-Maurice Raffault. This extraordinary, one-hectare vineyard is a steeply sloped natural amphitheater with limestone soil. It faces south, overlooking the Vienne River, opposite the Chateau de Chinon. Once owned by Rabelais’ descendants, the Clos was highly prized in times past and was regularly mentioned in historical documents. It belonged to the convent of Calvarian and Augustinian nuns from the 17th century through the French Revolution, where it served as a source of income for their hospital – hence its name: the Clos de L’Hospice. Preferring to tend to their vegetables, in 1876 the sisters allowed local Vignerons to maintain the vineyard. The nuns kept the wine in poor vintages for their patients’ consumption at the Hospice and sold off the good years at profit. This arrangement continued until the vineyard was devastated during the Phylloxera epidemic.

Despite various projects, the Clos remained unplanted with vines until 2008. Amazingly enough, up until the 1980s, the land was used as a garden by hospital patients. The hospital relocated in 1980 and sold the land, which enabled the Clos de L’Hospice to once again become a vineyard. In 2008, Rodolphe Raffault revived the site for his Domaine in cooperation with the town of Chinon and an investment group who had undertaken the renovation of the Chateau — itself a national historic monument — along with the construction of new residences at the site of the former convent. Raffault planted 0.65 hectares in the Clos with pre-WWII selection massale Cabernet Franc vines to attain a vineyard that is as close as possible to the original. He will plant the remaining section after the 2013 harvest.

The first harvest took place in 2011, an ideal sunny year with a long growing cycle. Raffault picked the Clos last, on October 5th, two weeks after the harvest of his Les Galuches and several days after the Les Picasses and Clos d’Isore. The grapes were harvested by hand and given a long, one-month maceration period followed by frequent remontages. The 2011 vintage was aged in three, new 500 litre barrels, for 12 months. After the malolactic fermentation in cask finished, Raffault did not add sulfites and also chose not to rack the young wine. Rather, it remained protected under the natural CO2 produced by the malolactic fermentation. Before assemblage in late November 2012, Raffault replaced the CO2 with inert gas to prevent any oxidization. Sulfites were not used during any phase. Bottling took place on December 10, 2012. 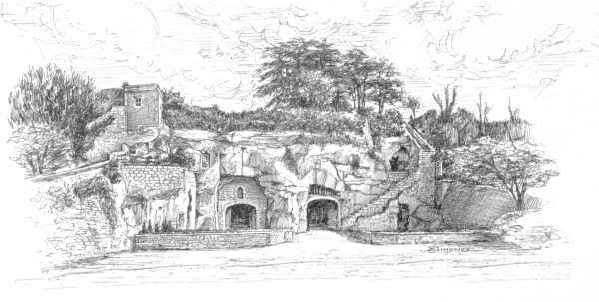 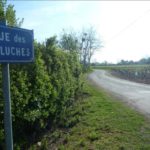 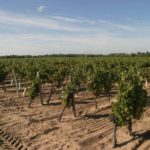 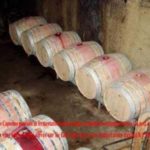 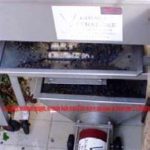 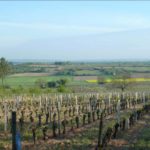 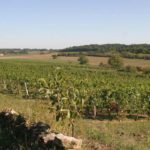 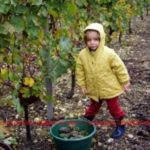 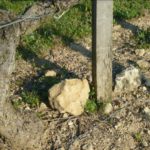 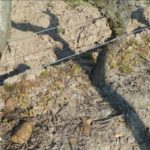 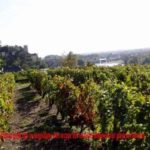 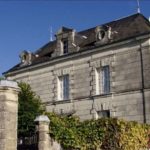 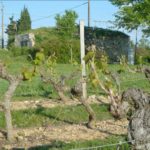 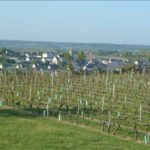 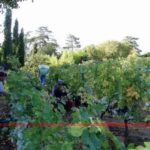 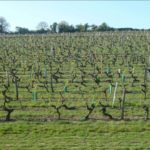 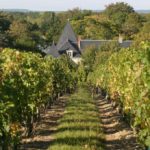 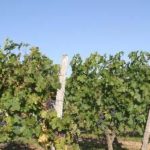 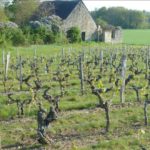 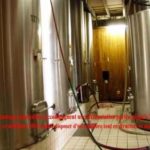 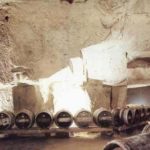